Chamomile grows to 25cm in height, with finely divided, aromatic leaves and yellow-centered white daisy-like flowers. The leaves are green, smooth on the top face and cut into sharp edges. Flowering occurs in spring and summer.

Chamomile grows best in mild climate with temperatures below 20 ° C. Although it can be grown at higher temperatures, the plants will bloom earlier in this conditions, especially if the humidity is low. 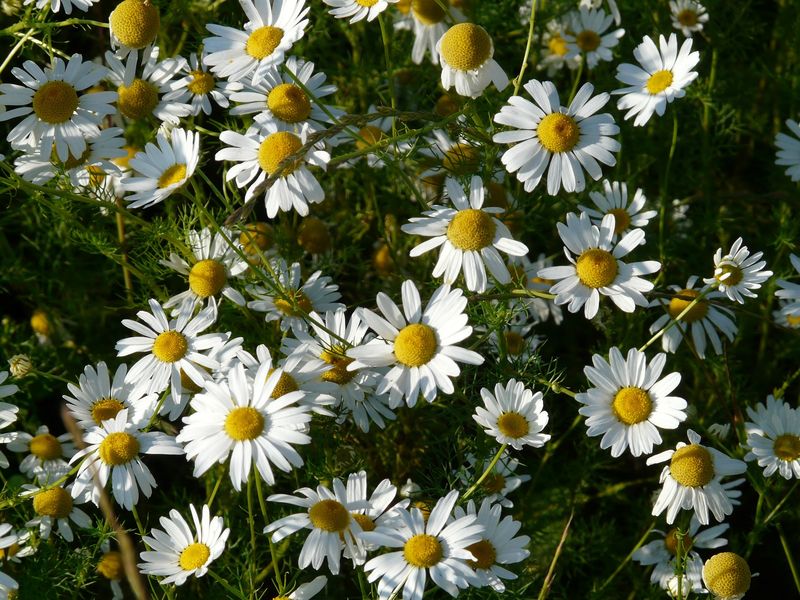 Chamomile likes to be grown in fertile soil, well drained, enriched with organic matter and regularly irrigated. However, this plant can grow well in various types of soil.

The soil must keep some moisture but not remain soaked.

It can be reproduced by seed although the cultivars should be propagated by division.

The sowing should be done dispersing the seeds in the soil and gently cover them them with a thin layer of soil. Germination is usually one or two weeks. Small plants can be transplanted when they are 2.5 to 5 cm high.

How to plant chamomile

The chamomile should be planted with a space of about 30 to 45 cm between plants. Chamomile can also be grown in pots and large flower pots that you can have on your porch or small garden.