Laurus nobilis (Bay tree, Laurel) is a shrub or small tree that can reach 10m in height. It is native to the Mediterranean region but was more common in the remote past than in the present era, being considered a relic of laurissilva, a type of subtropical wet forest that covered the Mediterranean region until a few million years ago, and which can still be found, for example, in the archipelagos of the Azores, Madeira and the Canaries.

It can withstand low temperatures if protected from wind and frost, the mild climate being the laurel favorite.

It should preferably be planted in a place with direct sunlight, but can grow well in partial shade as long as the brightness is good.

Ideally, the soil should be well drained, fertile, rich in organic matter, although this plant will be fairly tolerant to the soil, provided it is well drained.

Water to keep soil slightly moist until the plant is fully established. Too much water can damage the roots.

The laurel can be easily propagated by seeds. In the Mediterranean region, the seeds are transported by the birds and germinate as weeds. Laurel can also be propagated by cuttings of semi-hardwood branches, 10 to 25 cm long. The soil should be kept well moist until rooting.

We have an article on How to germinate Laurel seeds.

Laurels can be planted with a distance of 4 to 6 m between plants.

The bay can be grown in large pots, and is recommended for those who have little space, therefore the plant has limited growth and remains smaller, able to maintain it easily at a little more than 1m in height. For pot cultivation, you will need to prune regularly and fertilize frequently. Every 3 or 4 years it will be necessary to remove the plant from the pot, cut one third of the roots and replant with new soil so that the laurel tree maintains vitality (depends on the size of the pot, the growth of the plant and the general conditions of cultivation) . 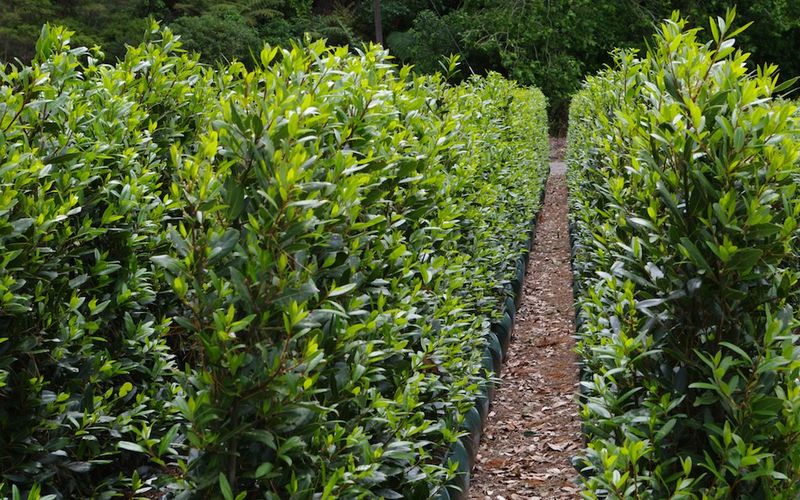 When the Bay tree is well developed, you can harvest the leaves at any time of the year when necessary. In late summer or early fall you will have the best results in harvesting bay leaves as it will be easier to dry. Dried leaves have a stronger taste, but it disappears as time passes

Laurel berries can also be harvested and left to dry in the shade. It is necessary that there are male and female plants in the area for the female plants to produce fruits.

The dried bay leaves are used as spice in Mediterranean cuisine.