How to plant and grow Cynara cardunculus (Globe artichoke)

Artichoke is a cultivated plant originated from wild card from the Mediterranean region, having been selected for the production of large inflorescences.
These have a receptor (the center of the artichoke) and several flesh-based bracts, which are usually eaten in stews, but which can also be eaten raw.

This plant reaches 1m to 2m in height and 1m in diameter or more. The inflorescences are usually 6 to 15 cm in diameter.

Where does artichoke grows best?

An artichoke can be grown within the temperature range of 5°C to 30°C, but grows best at temperatures between 12°C and 22°C.
A period of low temperatures is required to induce flowering, so the appropriate regions for growing artichoke have a moderately cold winter and a moderately hot summer.

The plant generally supports only light frosts. On the other hand, when the climate is very hot and dry, the flowers are of low quality and can bloom in an early stage.

Globe artichoke needs direct sunlight for at least a few hours a day.

What type of soil does artichoke prefer?

Artichoke prefers well-drained, deep, fertile soils rich in organic matter. Artichoke does not grow well in very acid soils, they grow best in a pH range of 6 to 8.

How often should I water artichoke?

Water artichoke in order to keep the soil moist, without being soaked. This plant is resistant to drought, but does not produce much when water is lacking. 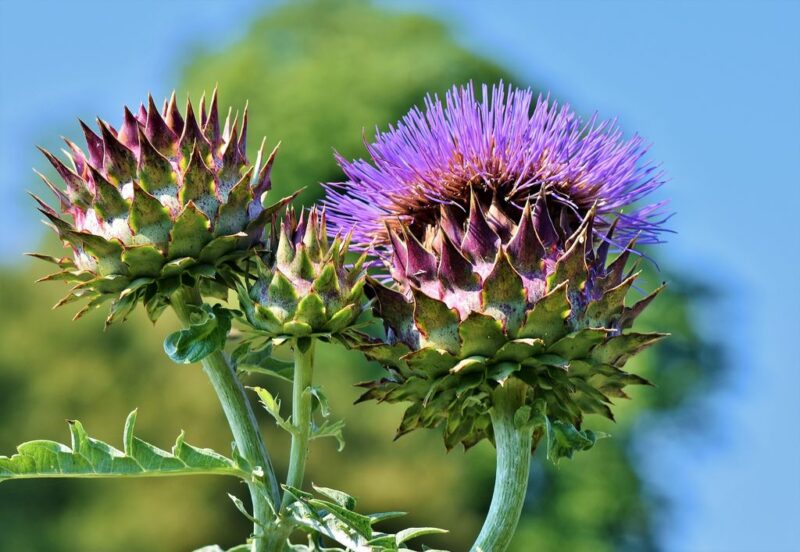 The most recommended method of planting the artichoke is by dividing adult plants.
The shoots appear after the harvest time, and must be removed carefully, digging around the plant and separating them from the parent plant with a knife or shovel.
The shoots must be well developed and must be removed with roots. The developed leaves are cut and these seedlings can then be planted with the spacing indicated for the cultivar. 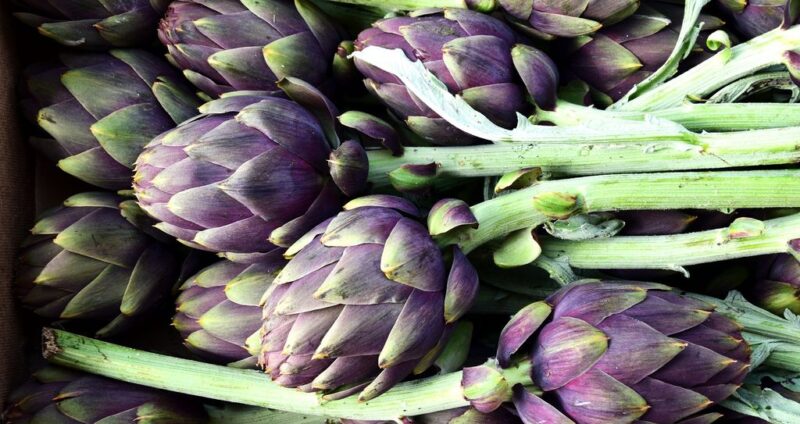 The seeds can be sown in the final place or in small pots or cups made of newspaper, and then transplanted three or four weeks after germination. The problem with growing by seeds is that the new plants are generally not similar to the parent plant and can have a great variation in size, shape of the plant and flowers and other characteristics, that is, a great variation.
This propagation method is used mainly by those who want to obtain new cultivars. In this case, grow by seed and after two or three years select the best plants and start multiplying them by the division method.

Remove invasive plants that are competing for nutrients and resources, especially in the first months of cultivation.
If the shoots will not be used to obtain new plants, eliminate them as soon as they appear, to keep the plant vigorous and more productive.

How to harvest artichoke 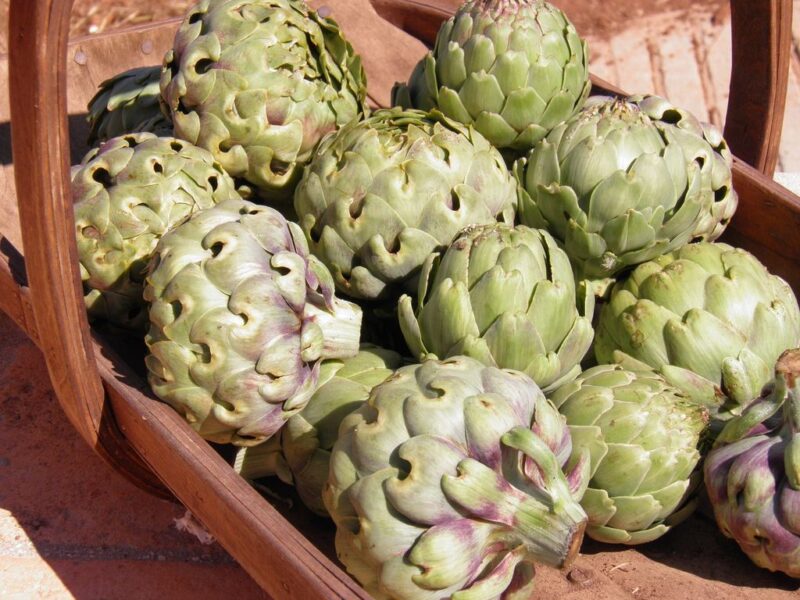 The plants may produce few flowers (or no flowers) in the first year.  Artichoke is a perennial plant and can produce for six years or more, but horticulturists usually replace plants every three years, as production tends to decrease in number and quality from the third year.